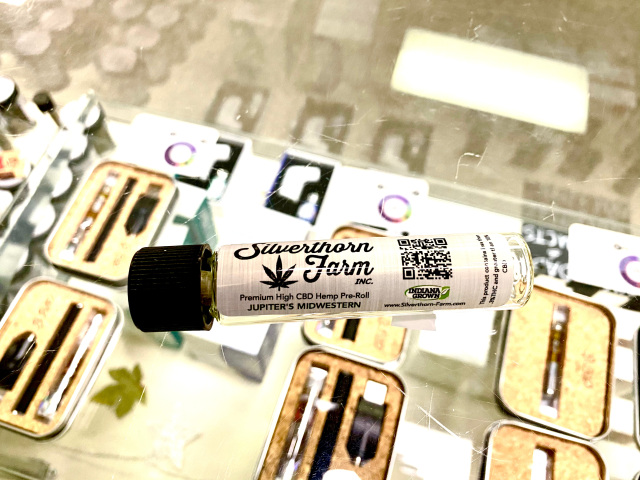 The Jupiter OG strain is a pure indica strain that was named after the largest planet in our solar system, and for good reason. The cultivar was developed with a sole purpose of potent effects that make a big impact on its user. Its rapid effects are hard-hitting and forceful, immersing the body in complete calm.

Ideal for folks with a higher tolerance for both the taste and effects of CBD flower, this strain makes a great choice for those seeking relief against daily physical nuances. Able to lift away tension, pressure and discomfort of the body for extended periods of time, Jupiter will make you feel like you are defying gravity.

To this day, little is known about the ancestry of the Jupiter strain. All thats certain is that one of its descendants is the legendary OG Kush hybrid thats earned a reputation as a quintessential classic in the world of CBD flower strains. The second parent strain for Jupiter remains undisclosed, but there is a high possibility that the strain is an indica-dominant cultivar, because Jupiter manifests as a full indica strain.

Jupiter strain is big on relaxation. As its main effect, this cultivar was bred to submerge the body in a sense of well-being and restfulness, encouraging better sleep and relaxation. The effects start with the body, unlike most strain that dominate the head before proceeding downwards. As you toke, Jupiter makes your system feel light and airy, removing stress and tension to make way for a comfortable disposition. Along with that, Jupiter gives rise to a slightly elevated mood and a subtle sleepiness. Although not quite as overpowering as some indica strains, the sleepiness caused by Jupiter can be relatively manageable, allowing you to maintain wakefulness despite the mild drowsiness.